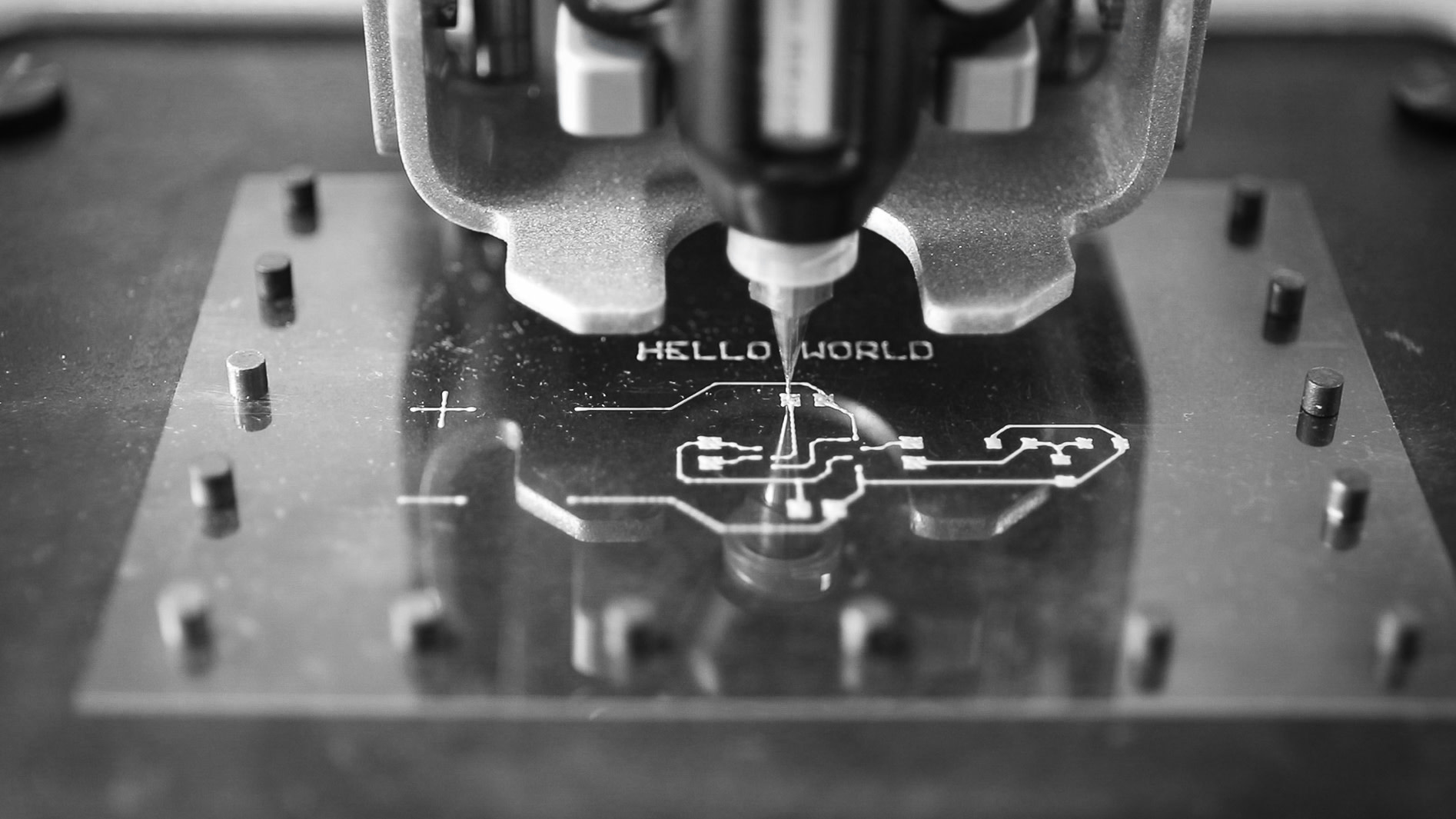 Over the last 7 years, we’ve been fortunate to build strong friendships with many of the leaders in the Additive Electronics space. With 20 years of experience in the industry, Mike Mastropietro from ACI Materials is one such expert.

When we asked to pick his brain about the state of conductive inks, we did not expect such candid and insightful answers.

Mike, if you’re reading this, thank you so much for your generosity. Everyone else, get ready for some knowledge bombs!

Why do you work in conductive inks? What gets you excited about your area?

After earning a M.S. for research on silver nanoparticles it seemed like a good fit to work in conductive inks, so I took a R&D position at a startup who hoped to revolutionize that field with sinterable inks.

I’d like to say it was all unicorns flying over rainbows since then, but I’d be lying if I didn’t say I’ve thought about switching fields completely a few times!

I say that because there are many challenges involved in commercializing new materials and process technologies. The most frustrating aspect for any driven individual may be the time required for market penetration or for a new market to grow as a whole.

Ultimately success may have less to do with how great the product is, but instead business factors, timing of entrance relative to the market maturity, or good old luck.

One reason I’ve stayed in it so long is that formulating novel, low-resistivity, conductive inks has allowed me to use both my creative and scientific skills simultaneously. I think in most other highly technical professions people aren’t allowed the same degree of freedom to choose directions and to invent.

I also feel what we produce can have a positive impact on society by reducing environmental waste, lowering the cost, or improving the wearability of devices that can impact people's lives.

What is a common misconception that people have around conductive/functional inks?

There are many I’ve heard over the years:

Nano inks are expensive. Not all are, and even if so per mass or volume they can still cost less to achieve the same sheet resistance in ohms per square to meet a circuit’s requirements.

Sheet resistance is an extensive property that is directly proportional to the mass of the system being measured and can’t be used to compare inks.

Nano inks require a high sintering temperature. Not all do. I’ve developed uniquely stabilized nanoparticles and formulated inks from them that thermally sinter at as low as ~80 C in minutes.

Silver inks are more expensive than copper ink. It’s the cost per ohm/square that determines an inks cost in use.

To make most conductive inks you start with metallic particles or flakes. These are made by chemically reducing metal salts to produce particles then mechanical attrition is often used to make these into higher aspect ratio ‘flakes’.

What is the biggest challenge you face in educating your customers about inks and their applications? Is there something in particular that often gets people excited?

Functional screen printing, where the bulk of conductive inks are sold, is currently learned as a craft. It is very hard to teach customers the science of it in short time periods after they’ve spent years potentially believing ‘myths they were taught by the elders in their tribe’.

Often when things go bad the customer points their finger at the ink manufacturer, but many times they can’t back their reasoning up with solid scientific theories or lack supporting data.

In their defense they usually lack adequate characterization equipment and I’m unaware of any ongoing courses for functional printing (I recommend reading MacDermid Autotypes “How to be a great Screen printer e-book” ed. by Stephen Abbott). It can make diagnosing and overcoming the issue very challenging.

We collect a lot of data on the inks (rheology, impact of press/process and cure conditions on film performance, mechanical/environmental stability) before we release them.

One of the advantages Voltera’s customers have is you’ve spent the time to establish the conditions for the users, the software prompts them how to use it properly, and they all have the same equipment.

In contrast, our customers all have different equipment, have operators trained by different people in different ways, and almost never ‘read our instructions’.

Customers are often focused on solving a very specific challenge holding them back from commercialization, so it’s not always the same property they get most excited about.

However, achieving near bulk (<=3x) resistivity, significantly lower cost per ohm square, and insane mechanical performance like stretching an ink 100+% without cracking are all things I’ve seen that generally excite people familiar with conductive inks.

What makes your job difficult? What do you love about it?

Conductive ink formulation is best done with the exact application requirements in mind since it is all about making the least trade-offs.

Generally they are as follows, but we have significantly reduced the amount of compromise required for some of them:

Trying to balance the customers needs or wants versus the tradeoffs can be difficult.

Many customers don’t want to share any more information than they have to thus making it even more difficult. Then there are the ones who ask for a set of properties that would equate to the ‘holy grail’ of conductive inks, if not conductors, like bulk conductivity and infinite crease ability.

Formulating good functional inks is quite challenging and requires understanding a diverse range of subjects. I love solving challenges and still believe there is room for improvement despite it now being 100+ years since the first patents were being issued on conductive inks.

I’d probably be bored if I wasn’t solving problems, inventing, and pioneering new technologies; although I may be wealthier if I chose another profession.

If you could change one thing about the conductive inks or printed electronics industry as a whole, what would it be?

Frankly I’d prefer we don’t use the term “printed electronics” to describe the industry conductive inks are used for.

I don’t believe just because a term has become popular we should continue to use it if it’s not descriptive enough for scientists and engineers from other fields to understand.

I also do not believe in over-selling the capabilities of a technology or industry, and it’s a common complaint from customers trying to navigate the relative wild west of conductive inks.

I think the issue stems from a lack of robust, multi-revision standards like PCB, and we (I’m involved with IPC) struggle to recruit people to take part in creating and strengthening them.

I started working with conductive inks thanks to funding from the DARPA “Mesoscale Integrated Conformal Electronics (MICE)” program (the goal was working ‘FHE’ devices), soon after IDTechEx helped popularize “printed electronics” (PE), and now “flexible hybrid electronics” (FHE or HFE) is replacing PE it seems in admission that printing “electronics” will not happen anytime soon as once promised.

I agree it’s pretty clear no one will be printing in the classic sense what the mass public considers an electronic device anytime soon. That is using functional ink and a master (plate, engraving, etc.) on traditional high speed serial printing machines to achieve low device costs similar to how they are used for graphic media and communications ie the idea from which the term PE derived.

In my historical archive I have a popular science article entitled, “Now they’re printing transistors on paper!” and subtitled, “Flexible circuits printed by machine on paper, Al foil, or film may make possible cheap, disposable radios, hi-fi’s, and many other electronic devices” which was published in 1968 thus confirming the idea of printing electronics is not new at all.

The PCB industry staked claim to the use of “printed circuits” long ago so that’s taken for that subcategory. Flexible hybrid electronics have been manufactured for some time using copper flex circuits, MLICs (active circuits), semiconductor elements, passive chips or printed/deposited elements (see the hybrid microcircuit definition in MIL-PRF-38534H).

We’ve since apparently added the use of “actually printed” circuits with all of the above as well. I’m not a fan of using FHE as the name because it could mean a lot of things to different people.

The only term I can come up with to accurately describe what most in the space are doing is additive manufacture of electronics (although I prefer circuits or “functional devices” per my comment on what electronics are above).

It uses “additive” which is definitely a buzz word these days, so marketing folks should be happy.

We really can make some devices better, cheaper, and faster than traditional subtractive PCB process; we just need to be honest with ourselves and our colleagues from traditional electronics about what those things are.

The views expressed here are those of Mike Mastropietro as an individual and do not represent those of his employer ACI Materials. Minor spelling/grammar/wording edits were made to enhance clarity.